The concept of probiotics, live microorganisms that, when administered in adequate amounts, confer a health benefit on the host, has evolved over the past decades. Today, it spans from probiotics with nutritive claims (nutribiotics) to therapeutic and live biotherapeutic products with proven health claims (pharmabiotics). Furthermore, inactivated, non-viable probiotics (postbiotics) that beneficially modulate host physiology is an emerging therapeutic concept.

Today the majority of the probiotics, included in conventional foods, infant formula, dietary supplements, and cosmetics, are lactic acid bacteria such as Lactobacillus and Bifidobacterium. However, with the development of better culturing methodologies, sequencing technologies, probiotic encapsulation technologies, and probiotic delivery systems, the next-generation probiotics are likely to include novel microorganisms that address specific consumer needs, cure disease or alleviate symptoms.
While the market and interest for these microbiome-centred products keep growing, the challenges remain to uncover the mechanisms of action of probiotics, synbiotics, and post-biotics and to prove their health effects. Here, high-quality multidisciplinary research elucidating the mechanisms and well-designed randomized controlled trials are needed.

The region is well-positioned to provide science-based evidence for microbiome-based solutions due to the presence of excellent clinical environments, strong academic expertise, and several industry players such as BioGaia, Chr. Hansen and Probi. This reflects in the number of regional clinical trials involving dietary supplements (which would include probiotics, among others), which is high compared to the global average. 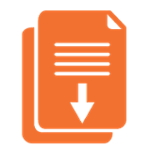 To explore the list of companies involved in this area, try our database here

Examples of publications led by researchers affiliated to the region

Examples of projects within the segment

ProbiComp - Effects of probiotics on allergy and infections during childhood